Top 7: Single Happily Unmarried Bollywood Actresses Who are Rocking It

There you go! Carrying it on your own shoulders and winning hearts. Our bollywood actresses know it all. From perfecting their careers to getting that selfie right. Here is a list of top 7 bollywood actresses who are single and happily unmarried and have their careers soaring high. Take a look and be inspired. I could have added Katrina Kaif in this list but err..not sure about her status or her career! No offence! But do you notice most of the leading ladies in bollywood are unmarried..wonder why is that. My list includes the recent Oscar presenter Priyanka Chopra and our favourite Deepika Padukone who we just can’t get enough of.

When I think of someone single and rocking it, the very first name that comes to my mind is Piggy Chops. Priyanka Chopra is 33, happily unmarried and is having the best time of her career right now. She has been jetting between two time zones, balancing between Bollywood and Hollywood. Priyanka recently took to instagram and twitter to officially announce her Hollywood debut in Baywatch also starring Dwayne Johnson and Zac Efron. She plays a mean girl in the movie. Johnson aka The Rock posted the same video on Instagram, welcoming her, calling her one of the biggest stars in the world.  She has now become a known face in the West after her singing career and television series Quantico.

She even received the People’s Choice Award for “Favourite Actress In A New TV Series” for it. Back here, I really admired the way Priyanka played the role of Kashibai in Bajirao Mastani. After receiving all the appreciation and the Best Supporting Actress for her role, her next Bollywood venture, Prakash Jha’s Jai Gangaajal looks promising. She will also be seen hosting the Oscars this year on February 28. Priyanka has been so busy, she says she has a nightmare scheduled ahead. Immediately after the Oscars night, she will start shooting for Baywatch. There’s gonna be a lot of travel for her between Montreal and Miami till April for Quantico and Baywatch. As if all this wasn’t enough, Priyanka has started working on her production house ‘Purple Pebble Pictures’ and has three regional films right now in Bhojpuri, Marathi and Punjabi. The actress

also won the Padma Shri by the Government of India.

Deepika Padukone – Over 30 and Happily Unmarried I personally love the journey of Deepika from the time she came in the industry and was just written off to now becoming the best actress of Bollywood today. Deepika, 30, sparkled at all the award functions this year by winning the ‘Best Actress’ for Piku. Her discipline and hard work has paid off. With movies like Chennai Express, Cocktail and Ram-Leela, this leggy lass has proved her versatility in recent years. Even after all this success Deepika stays true to her roots and is so grounded.

The letter from her father she read out during the recent Filmfare Awards after winning it for Piku is going to stay with all of us for a long time. She is the most followed Indian actress on twitter. With photos of her and Vin Diesel on the internet shooting for her first Hollywood project xXx: The Return Of Xander Cage, Deepika is on a roll. Sadly, she hasn’t signed anything next in Bollywood yet so we might have to wait a long time to watch her again on screen. In the year 2015 she was the only woman to be on the top 10 of Forbes India Celebrity List. What’s more? She’s on the cover of Femina March issue and looks completely adorable. Grab it!

Sonam Kapoor – Over 30 and happily unmarried After starring opposite Salman Khan in Prem Ratan Dhan Payo and with the success of Neerja, there is no stopping for our Bollywood fashionista, Sonam Kapoor. Sonam, 30, has been in the media for her innovative fashion style and designer wears. Known for her performances in Bhaag Milkha Bhaag, Raanjhanaa and Khoobsurat, critics described her performance in Neerja as a milestone in Sonam’s career.

Never been a fan of her acting, but with this movie I must say, she has done an incredible job leaving a mark on everyone, doing justice to her character. On a lighter note, even KRK tweeted that for the very first time he and other critics are on same level as all are giving 4 rat ing to the movie Neerja. Sonam also made an appearance in Coldplay’s music video ‘Hymn for the Weekend’ featuring Beyonce. Along with being one of the most fashionable celebs in Bollywood, she also has a number of notable brand endorsements to her kitty. Alia Bhatt, 22, is known for her peppy and lively instincts. Her general knowledge has become the favorite of all the butt of jokes but Alia knows how to take everything in a sporting spirit. At a young age Alia has proved her mettle with her finest performances in Highway and 2 States. Highway won her the Filmfare Critics Award for Best Actress. Her upcoming movie Kapoor and Sons opposite Sidharth Malhotra and Fawad Khan is releasing this March and she’s busy promoting it. Alia easily relates with all the young girls of this generation by social media. She is constantly posting pictures of her on instagram and twitter and has become the ‘It girl.’ She has so many films lined up. She will be seen opposite Shahid Kapur and co-starring Kareena Kapoor Khan in Udta Punjab and in Karan Malhotra’s Shuddhi  alongside Varun Dhawan. She is also doing Ayan Mukherji’s untitled fantasy film about superpowers opposite her biggest crush Ranbir Kapoor. Alia is currently filming for Gauri Shinde’s untitled project opposite none other than Shah Rukh Khan. And look who’s keeping the temperatures soaring! It’s Alia Bhatt and Sidharth Malhotra on the cover of Vogue’s March edition showcasing their beach bodies. Someone’s looking hot!!

Kangana Ranaut – 28, Single and rocking it After receiving unanimous acclaim and Best Actress Award for her role in Queen Kangana, 28, has been on the good books of everyone. Her movie also won the Best Film Award at all the award functions. With a not so pleasant journey in Bollywood Kangana went on to win a National Award for Best Actor(Female) that year. Her acting in Tanu Weds Manu Returns was also widely appreciated and won the Filmfare Best Actress Critics Award for it. Today she is looked upon as one of the top actresses in the industry.

Kangana also directed and produced an English language short film, The Touch in which she has co-written the screenplay with an Australian writer. Her upcoming projects include Vishal Bhardwaj’s Rangoon co-starring Saif Ali Khan and Shahid Kapur. She will also be seen opposite Irrfan Khan in Sai Kabir’s Divine Lovers which is an Indian-French co-production. Kangana  is doing Ketan Mehta’s biopic on Rani Laxmibai and is committed to star in director Hansal Mehta’s Simran. With a charming personality and attitude Anushka Sharma, 27, has come a long way. News of her recent break up with cricketer Virat Kohli came as a total shock for their fans. Anushka has come out as someone extremely confident and has had huge commercial success with movies like PK. Her heroic performance in her production NH10 brought her a lot of critical acclaim. She has two biggies coming up. One is Karan Johar’s romantic drama Ae Dil Hai Mushkil co-starring Ranbir Kapoor and Aishwarya Rai Bacchan and other, Sultan opposite Salman Khan releasing this Eid.

She has three films under her banner right now and is acting in one of them. Anushka Sharma recently announced on twitter her next production venture titled Phillauri. She said the film is a fun filled comedy drama starring Diljit Dosanjh who is making his debut in Udta Punjab and Suraj Sharma along with her. Her production Clean State Films teamed up with Fox Star Studios for this movie. The CEO of Fox Star Studios said that she is a phenomenal actress and they are thrilled to work with her.

Who is your favourite single bollywood actress? Share your reviews with us. 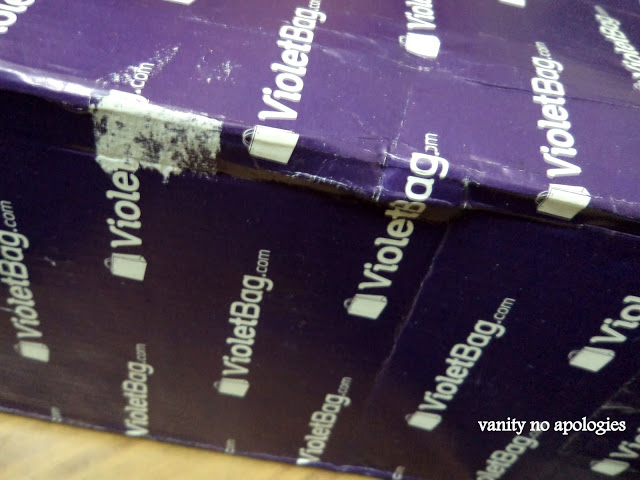 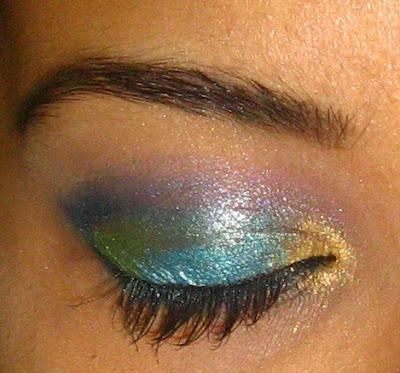 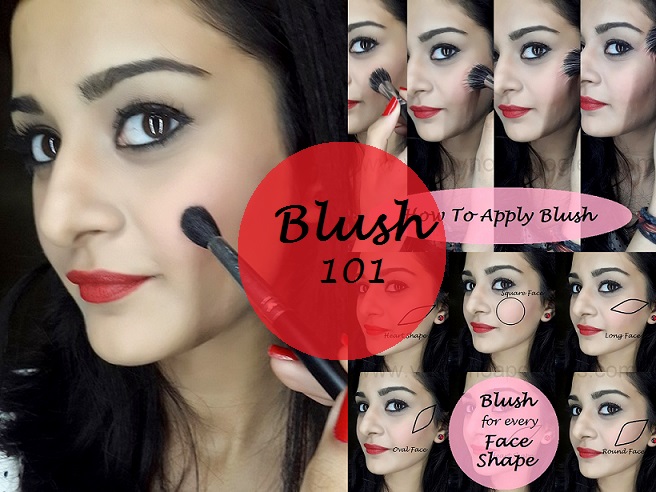 Tutorial: Proper Way to Apply and Choose Blush for Your Face Shape and Skin Tone 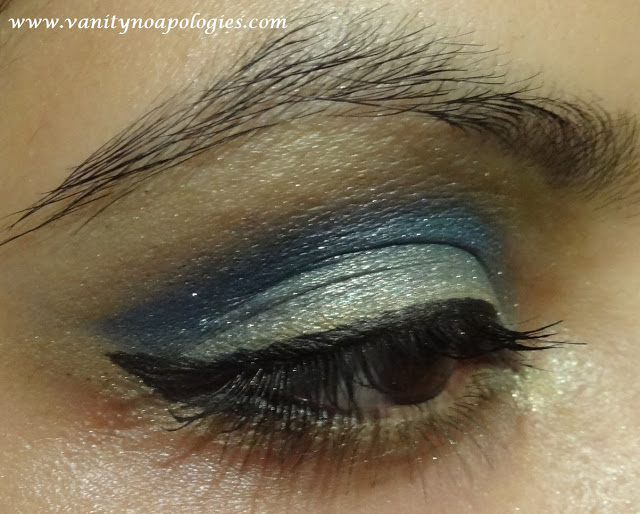 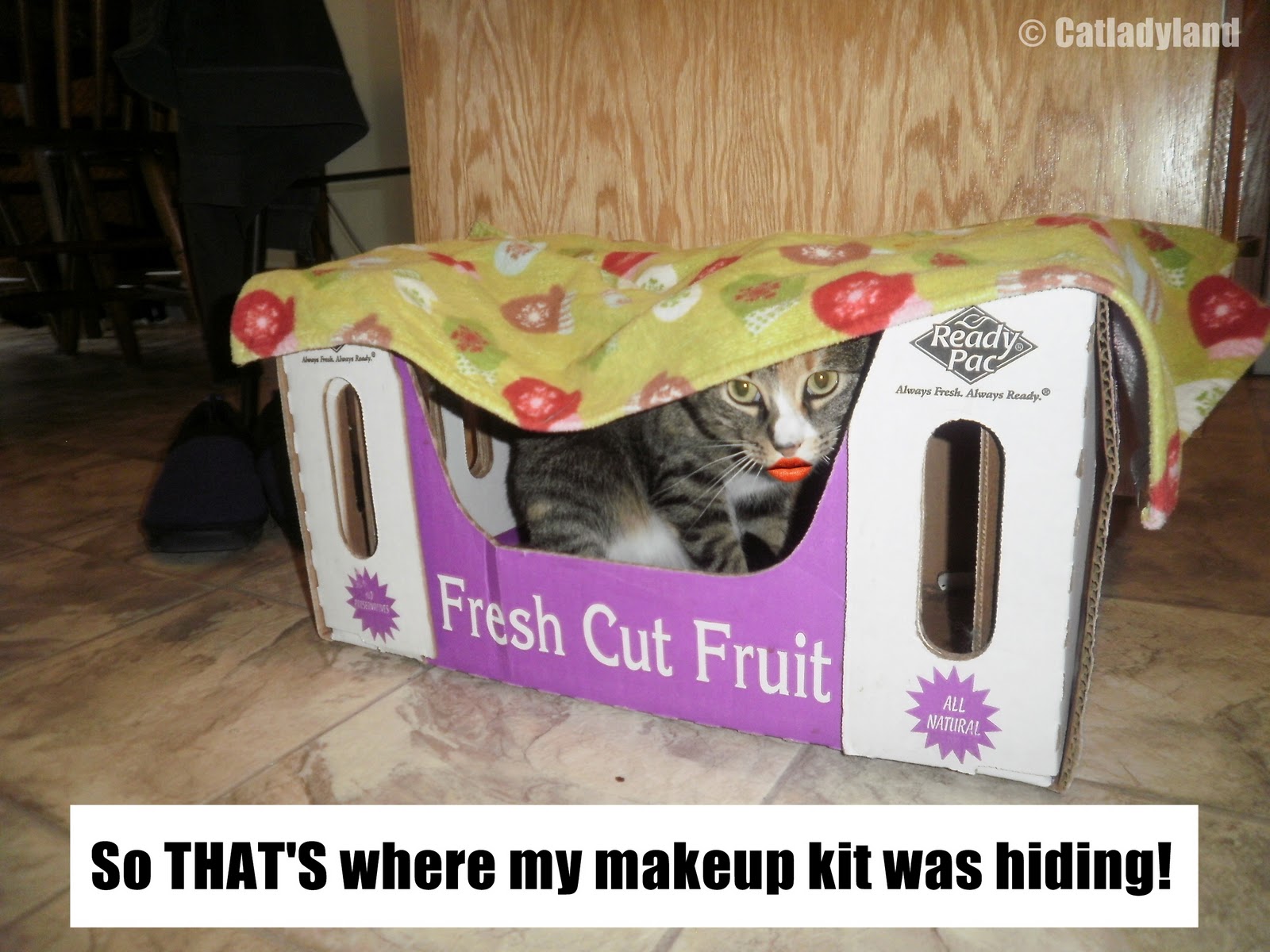 The Curious Case of Missing Makeup! 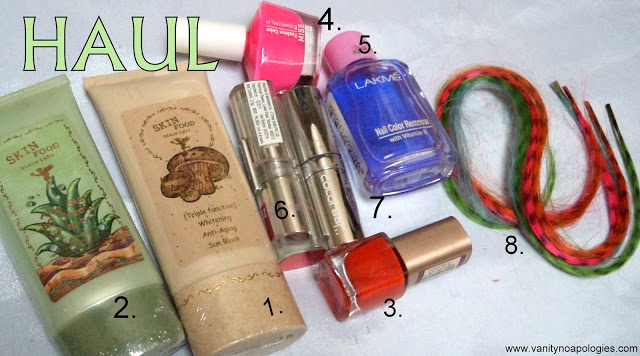 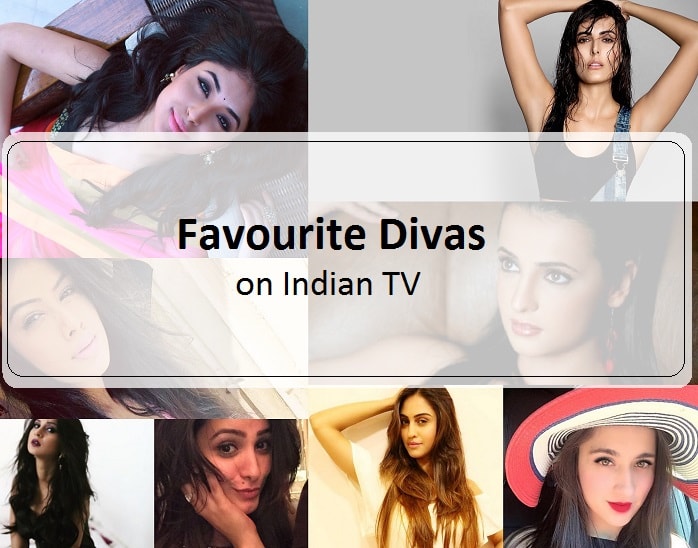 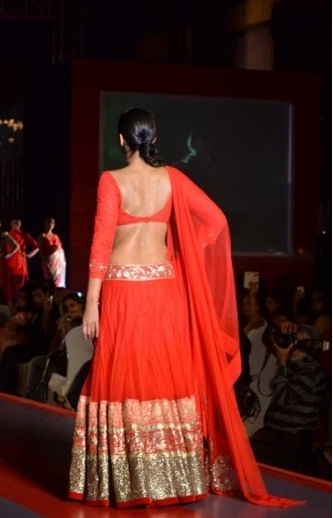 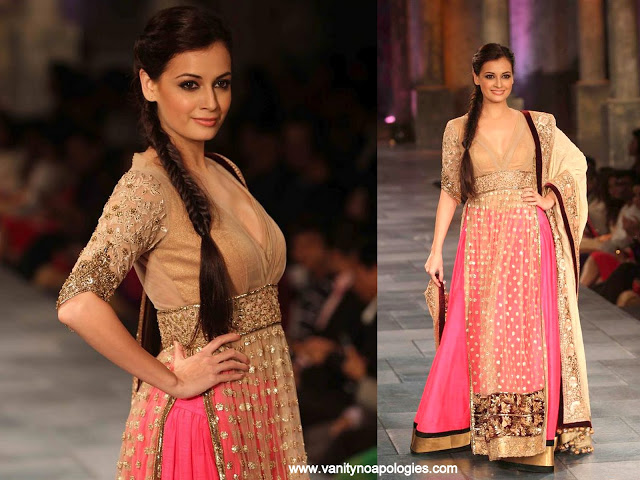 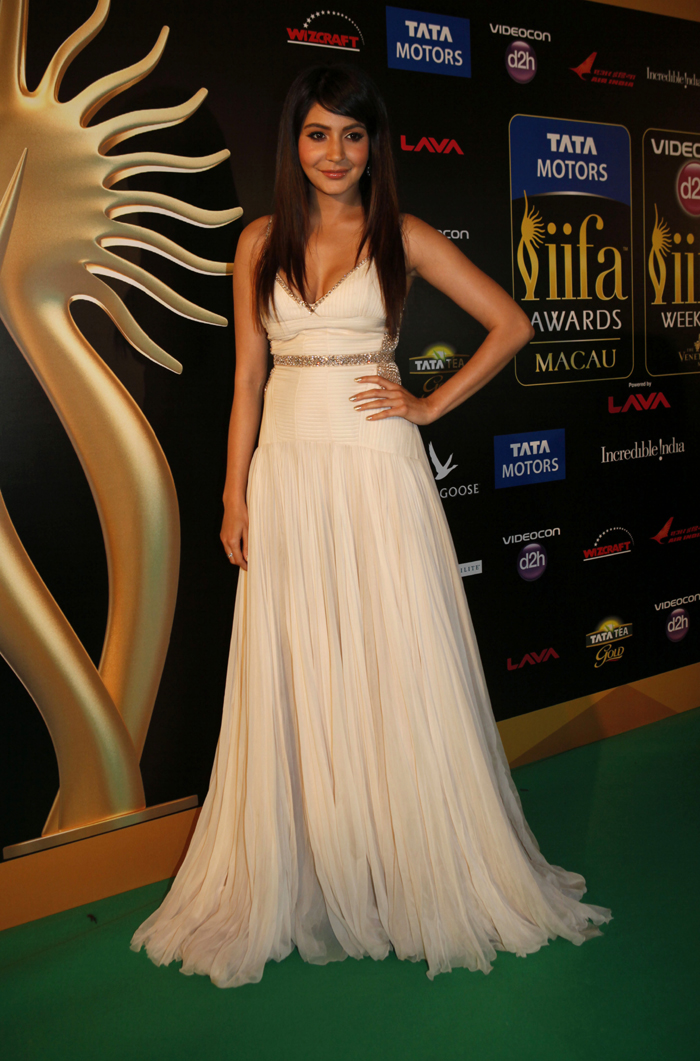 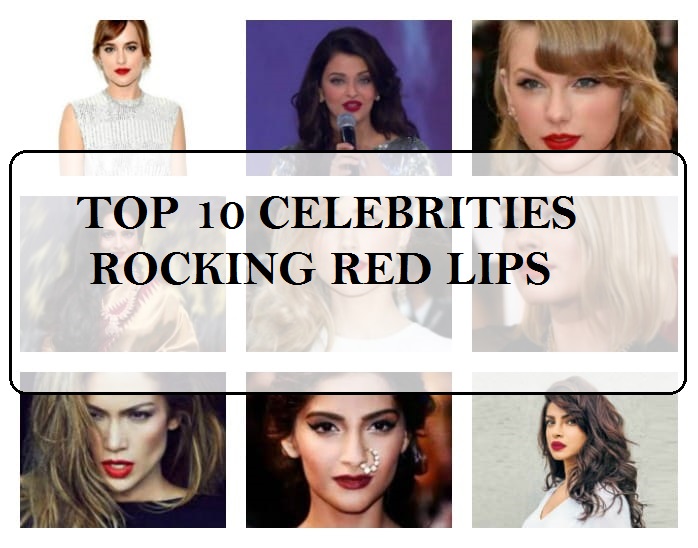 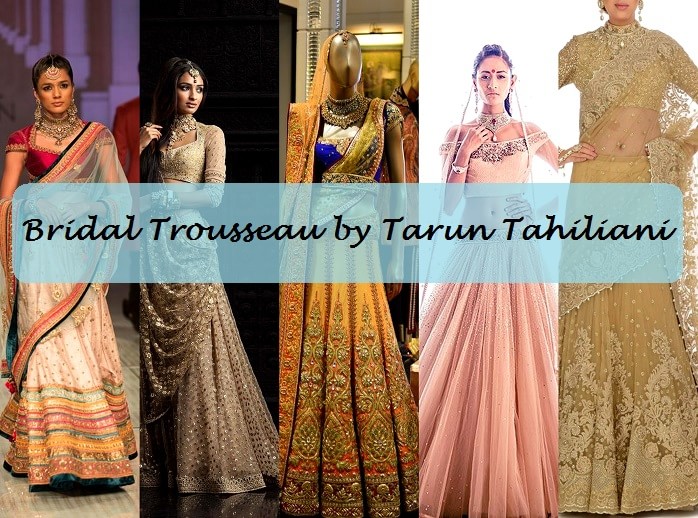 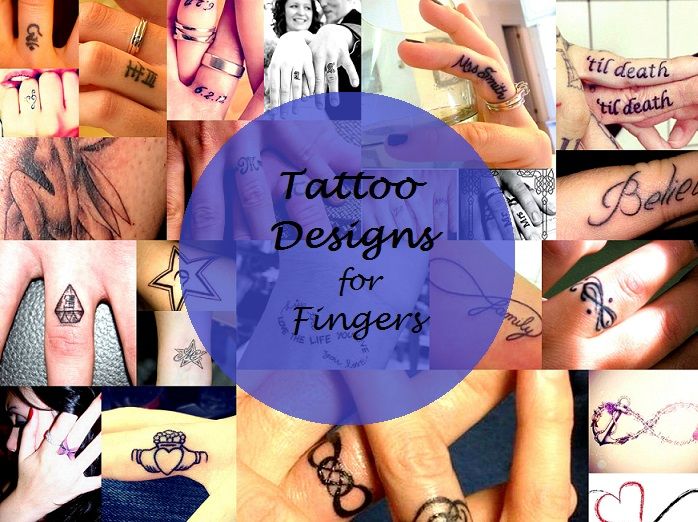 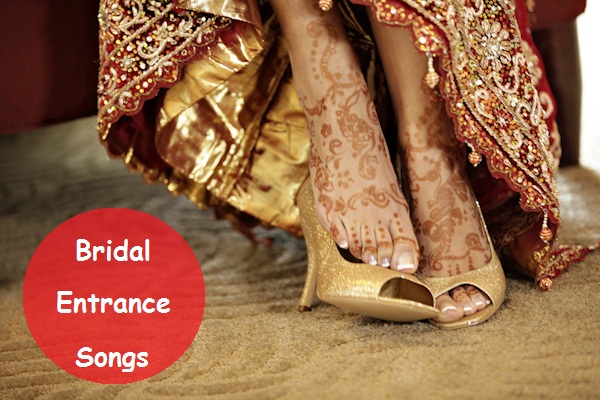 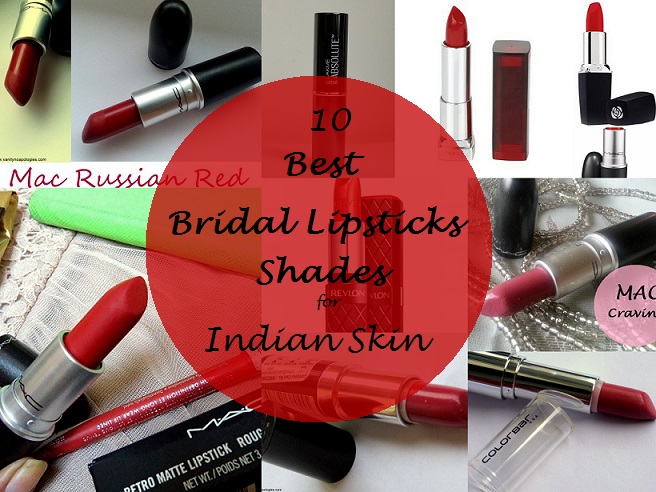 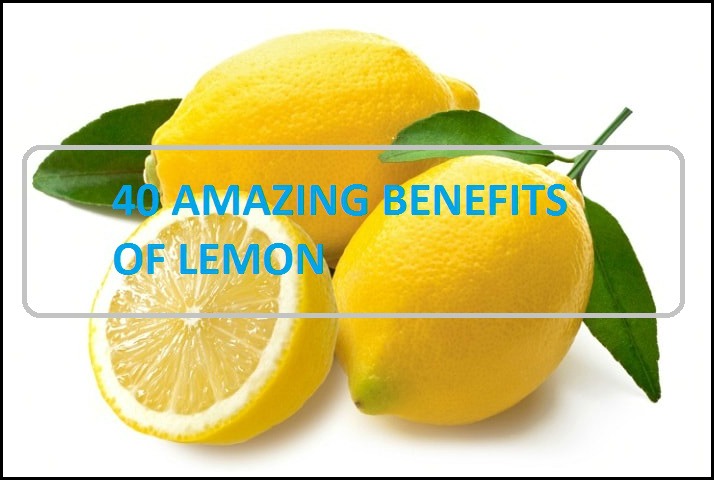