Our website is made possible by displaying advertisements to our visitors. Please support us by whitelisting our website in Ad Blocker.
Skip to content
Mac Half n Half Lipstick SwatchesWho all are watching the Colors Screen Awards? *raises hands* No actually its been very long since I watched any kind of award function be it cinema or television. I now don’t bother who is winning the best film or the best actor after ‘Dabangg’ got the best film in 2010! Okay I like Salman Khan…but Dabangg? And that too the Filmfare. So now I don’t care. Btw Shah Rukh Khan’s cheap “neech” jokes in his own words are looking nice but somebody please ask the bimbo Katrina Kaif to get aside and let other beauties take the center stage with him. 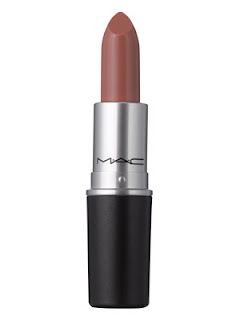 Mac describes Half n Half as a creamy pink. But its a dusty brown pink which can double up as an everyday nude pinky brown for medium skin to nes. Its an amplified cream lipstick (may be the testers in the store were sitting out in this cold for too long, hence there is no creaminess in the swatches below) and its a single swipe you see here. So you can imagine how pigmented it is.
You can see my polka dot dress peeking through

I’m amazed how my swatches these days match the actual colours, like this one. Perks of getting a good camera and playing around with it!

The official Mac swatch of Half n Half: 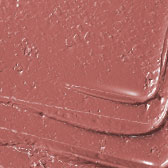 Well I thought I would go ahead and buy it but its not my kinda nude. I love my nudes to be more brown and peach and this one is more dirty pink brown. What about you?

UPDATE: Here goes my belief from the awards again with ‘Dirty Picture’ winning the best film. Though its a tie with Zindagi Na Milegi Dobara which I absolutely enjoyed.

7 thoughts on “Mac Half n Half Lipstick Swatches” Picture Tutorial - How To Re-size And Trim Your Fake Eye Lashes?